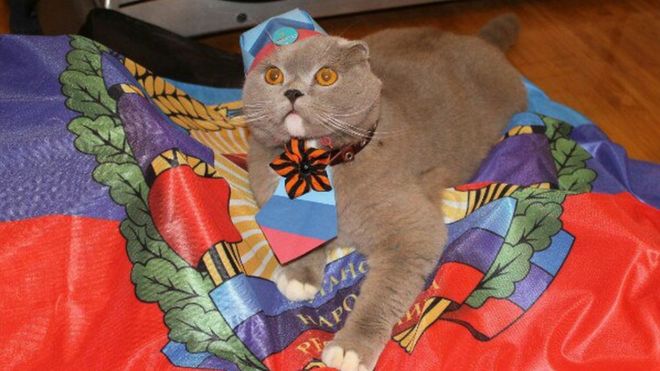 Separatists in a breakaway region of Ukraine have held a competition to find the self-proclaimed republic's most patriotic cat.

The Mir Luhanshchine (Peace to Luhansk) civic movement controlled by the pro-Russian authorities of the Luhansk People's Republic (LPR) organised the contest which encouraged owners to dress their pet in the colours of the region's unofficial flag, Ukraine's Novosti Donbassa website reported.

A total of five cats made it to the final from around 100 entries, all pictured wearing clothes or accessories in Russian and pro-LPR colours. One of the contestants, Pushok from Luhansk, was pictured in tiny military fatigues in front of a poster of Vladimir Putin.

In the end, nearly 4,500 people voted for the five finalists on the group's VKontakte social media page, with Tima from the town of Stakhanov winning the 5,000 rouble ($80; £65) prize. A total of 1,584 Vkontakte users voted for Tima who was pictured lying on the LPR flag, wearing a hat, ribbon and a tie in patriotic colours.

"The idea came to us quickly," Tim's owner told local news outlet Lug-Info, "The cat in a hat, tie, and - naturally - the symbols of our republic."

The pro-Moscow Luhansk People's Republic is a self-proclaimed state which claimed independence from Ukraine in May 2014 following a referendum. The legitimacy of the vote has not been recognised by most governments, and the authorities in Kiev refer to the region as "temporarily occupied".
http://www.bbc.com/news/blogs-news-from-elsewhere-38403844 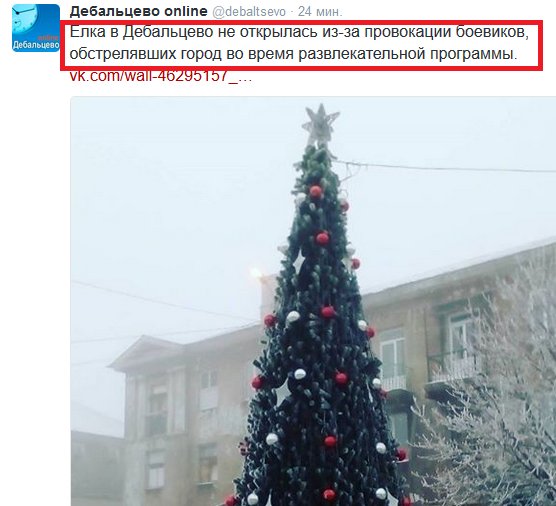 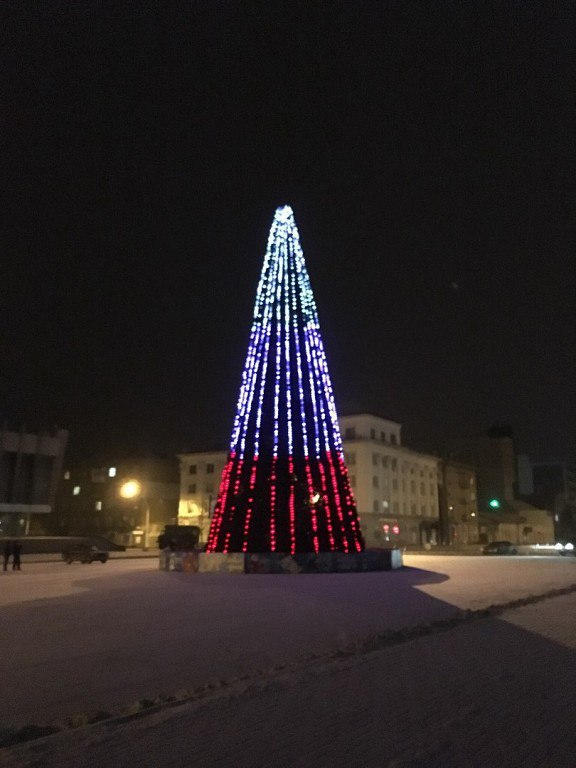