Sweet Rosie O'Grady is a 1943 Technicolor musical film about an American singer who attempts to better herself by marrying an English duke, but is harassed by a reporter. It stars Betty Grable and Robert Young. 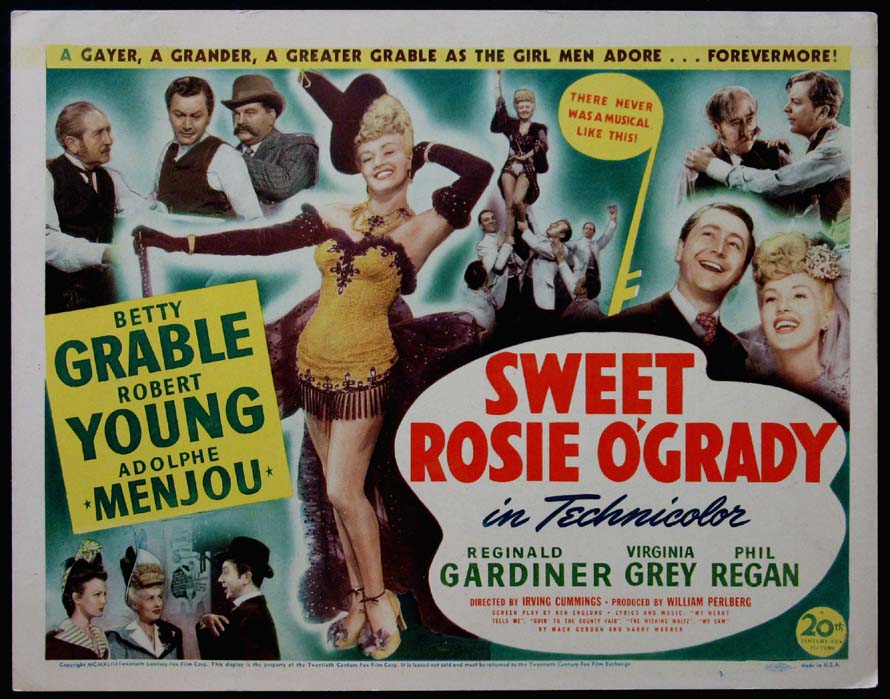 Louis Fuzelier wrote the lyrics for Rameau's ballet-opera Les Indes Galantes. In 1736 they added a fourth part Les Sauvages; in North America, a Spaniard and a Frenchman compete for the love of Zima, daughter of a native chief. She prefers one of her own people, so everybody joins in the Dance of the Peace Pipe to music which Rameau was recycling for at least the third time. And then they sing this song to the same music. Hey, it's a great tune.

The court in Elsinore has sentenced a man fined for comparing Islam with Nazism.

“…The ideology of Islam is every bit as loathsome, nauseating, oppressive and dehumanizing as Nazism. The massive immigration of Islamists into Denmark is the most devastating event Danish society has suffered in recent historical times.”
Thursday morning these words cost Flemming Nielsen 1,600 kroner. He was sentenced to four day-fines of 400 kroner for violating the Penal Code §266b paragraph 1, also called the racism paragraph. This is from a judgment rendered by a Court in Elsinore.

The accused, Flemming Nielsen, had written the words on Facebook in late November 2013.

“I did not violate the article I have been accused of. I did not mention the religion of Islam or Muslims with one word. I referred to Islamists and the ideology of Islam,” said Flemming Nielsen to TV2.dk immediately after the verdict.