Fueling the broader debate over policy is an independent report to be issued Monday by eight former senior American officials, who urge the United States to send $3 billion in defensive arms and equipment to Ukraine, including anti-armor missiles, reconnaissance drones, armored Humvees and radars that can determine the location of enemy rocket and artillery fire.

Michèle A. Flournoy, a former senior Pentagon official who is a leading candidate to serve as defense secretary if Hillary Rodham Clinton is elected president, joined in preparing the report. Others include James G. Stavridis, a retired admiral who served as the top NATO military commander, and Ivo Daalder, the ambassador to NATO during Mr. Obama’s first term.

The report by Ms. Flournoy and the other former officials argues that the United States and its allies should capitalize on this fact to dissuade the Russians and the separatists from expanding their offensive.

“One of the best ways to deter Russia from supporting the rebels in taking more territory and stepping up the conflict is to increase the cost that the Russians or their surrogates would incur,” Ms. Flournoy said in an interview.

”Providing the Ukrainians with something that can stop an armored assault and that puts at risk Russian or Russian-backed forces that are in armored vehicles, I think, is the most important aspect of this,” she added.

Ukraine, the report notes, also needs reconnaissance drones, especially since the Ukrainian military has stopped all flights over eastern Ukraine because of the separatists’ use of antiaircraft missiles supplied by Russia. 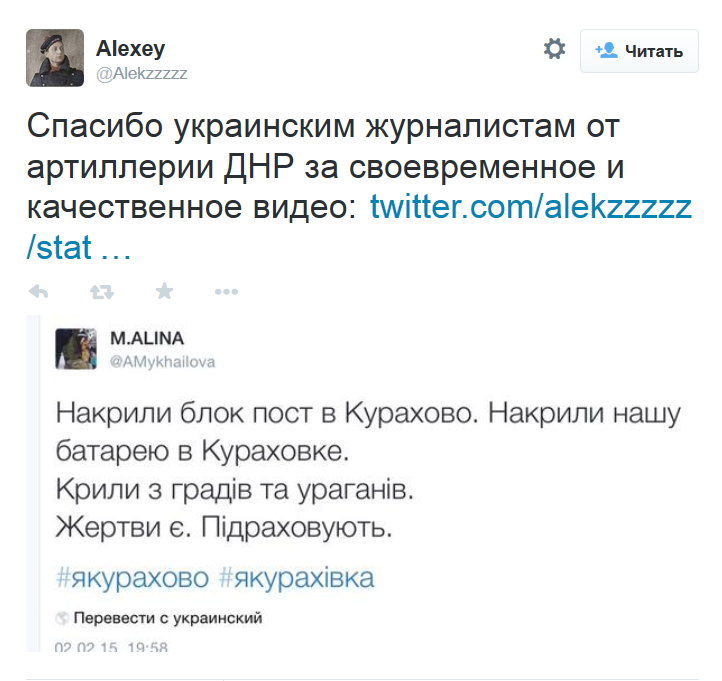