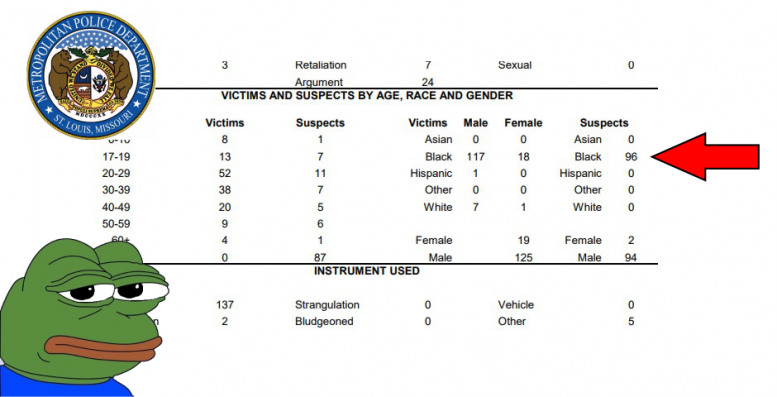 Police have identified 96 suspects so far. All 96 are black.

This is not a hoax. This is data published directly by the St. Louis Police Department.